1) Do we know the name of the town in Thor? I'm looking online but so far the internet has failed me.

2) I've always made the assumption that the Dark Energy facility in Avengers was also in New Mexico, but I had a moment of doubt as I started writing. Do we know for sure or is that just fanon?

I'd probably be doing better if I hadn't taken that post-breakfast nap.

pixiesio and her friend at the Hollywood premiere of a movie starring the lovely Jeremy Renner :D It's about a six hour drive and means taking a day off work, but after a lot of careful thought I decided to be spontaneous and go for it. I haven't been to the area since I was a kid going to Universal Studios, definitely never been on Hollywood Blvd. And it'll be fun to see Sio! I'll probably head back up the following day... thankfully we have Monday off for Veteran's Day so I won't feel too rushed.

The parents aren't too thrilled with me making a 600 mile trip on my own - mom really wanted me to fly, but it was ridiculously expensive - but they took it pretty well, I think. They're probably happy enough seeing me doing something that involves other people and leaving the house that they're resigned to being stressed out for a couple of days.

Now... what are the chances that I can include this post in my word count? ;) 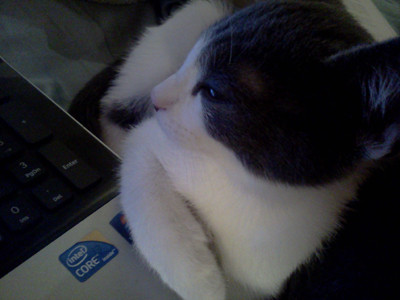 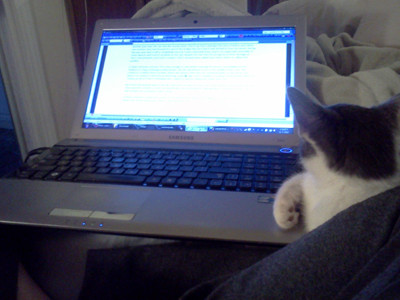 * mainly involves chewing on my feet

ETA: Novel page updated! I truly suck at summaries/synopses so I didn't even try but excerpts I can do.

I just wrote an action scene with the whole team and... guys. It doesn't suck.