It occurred to me tonight that it's nearly October, and I don't have any idea yet what I'm going to write for NaNoWriMo.

Especially since I was pulled back into the mad, mad world of fanfiction this summer, that makes me a little nervous. I've never completed a NaNo project as far as actually finishing the story, but I have 'won' the past two years in terms of writing 50K words in a month, and I believe it's a good exercise. I'd go so far as to say that finally delving into original fic has made me a better fanfic writer, especially when it comes to writing original characters, which makes sense.

I have an original project in the works, but I don't want to NaNo-fy something midway through. I suppose I could pick up one of my unfinished projects from the past two years, since I already have plenty of notes. I'll have to read over what I wrote before and see if there's any momentum left. Or maybe something new will leap into my head in the coming weeks. Who knows :\ 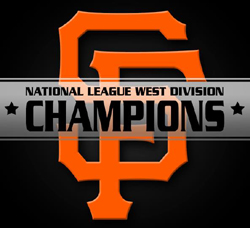 Your Amazon.com order of "Marvel's The Avengers" has shipped!

Your estimated delivery date is:

Young Justice and Green Lantern: TAS are back next weekend!

I was going to go back and catch up on YJ during the hiatus... oh well. I'll keep up as best I can :)
Collapse